VMware is one of the most stable and safest platform for virtualization that allows more flexibilty and effectiveness for many IT specialists and software developers.

It means that VMware Workstation is a virtual operating system that works inside the operating system of your computer. All files of this operating system (both system files and user files) are stored on the computer’s hard disk, and by default they are located in this folder:
C:\Users\UserName\Documents\Virtual Machines\VirtualMachineName 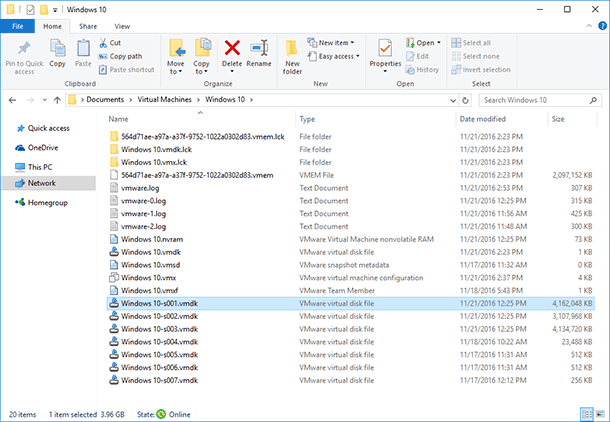 Most often, users do not need to know the names and location of VMware virtual machine files. The application itself manages its files. Yet there can be situations when such knowledge is necessary, for example, if a virtual machine needs to be recovered after it was lost, or when you need to recover files deleted from such machine and so on.

As you can see from the screenshot above, a virtual machine folder consists of a certain set of files. VMware creates such separate folder for every virtual machine and gives it the name of the virtual machine which was given to it by the user, when such virtual operating system was installed.

Main files of a virtual machine have the following extensions:

Note. The files we have described above are the main files of a virtual machine. In the folder of the virtual machine there can be other files and folders as well, including those which are only shown when the machine is running.

How to Recover a Deleted Virual Machine

Accidental deletion, formatting of the hard disk or damaging the file system – all of these misfortunes can result in a loss of data. As a rule, however, virtualization software does not provide built-in recovery options. In this connection, the issue of recovering virtual machine data becomes quite complicated for the users.

In the previous paragraph, we have described the main file types that a virtual machine consists of, and where all of its data is stored. By recovering them and opening in VMware the main configuration file, where all virtual machine parameters are stored, any user can restore a lost virtual machine.. 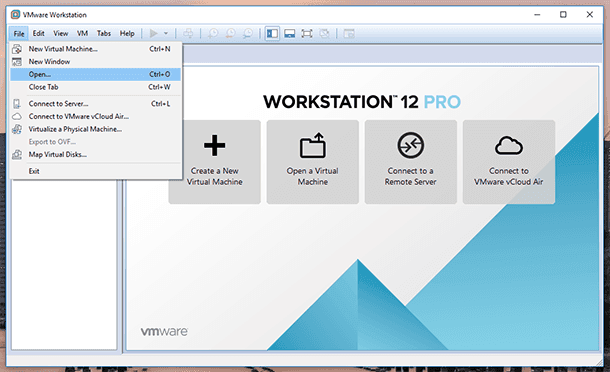 To recover a deleted virtual machine, do the following:

As we have already said, all files stored in virtual machine disks are located in .vmdk files of the virtual disk. Hetman Partition Recovery, the program for hard disk data recovery has the function of mounting virtual disks and recovering data from such disks. 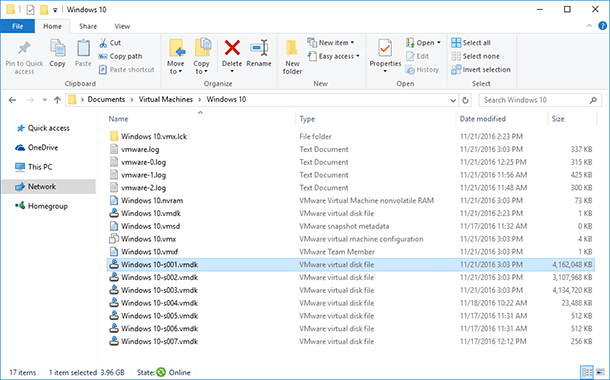 If for some reason your virtual machine is no longer working, and there are important files on its disks, this data can be recovered. To do it:

As a result of experiments we have established that files deleted or lost inside a virtual machine cannot be recovered. 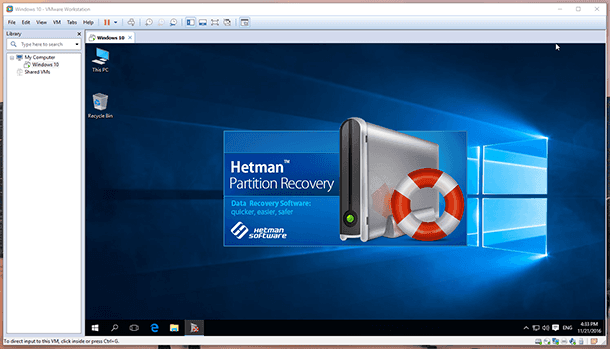 Though VMware Workstation is a virtual machine, it can contain real data. Because of that, loss of access to the virtual machine or its deletion can become an unpleasant surprise, while an opportunity to recover it will keep user data safe from possible irreparable loss.