What to Do When Your Hard Disk (HDD) Gets Slow?

Read about accelerating a slow hard disk, cleaning it from junk files, check it for errors and bad sectors. When computer performance deteriorates many users turn their attention to the central processor and video card. Meanwhile, the hard disk has a considerable influence on the computer’s performance, and sometimes even crucial.

Most often, an average user learns that his hard disk (hereinafter we will use the term HDD) became slow when watching the LED which is on all the time (or blinks very often), while a certain task the computer is busy with either freezes or take a very long time to complete. Sometimes, the HDD may emit unpleasant noises such as rattling, crackling, or grating. All these suggest that your PC addresses the HDD actively, and the low performance against the background of the abovesaid problems is related to the HDD.

In this article, we will concentrate on the most popular reasons for the HDD to go slow and possible solutions to the problem.

The first thing to do when your computer begins to go slow is to clean your disk from all junk and unnecessary files, and check it for errors. Let us look at every operation in detail.

There are many ways to clean the disk from junk files (and there are hundreds of utilities designed for that). We are going to consider a method of cleaning without using any third-party software (OS Windows 8/10):

Defragmentation can be performed by either third-party programs or Windows standard tools. To do it, go to Windows Control Panel following the path: 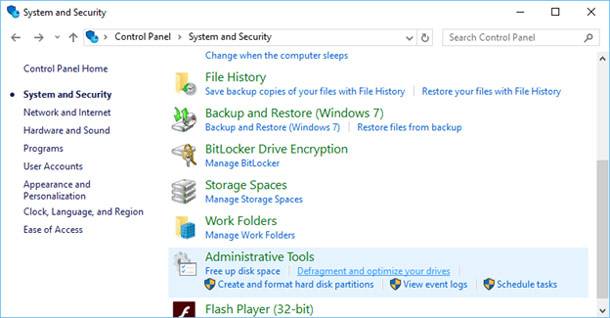 In the window that opens you should select the necessary drive and optimize (defragment) it. 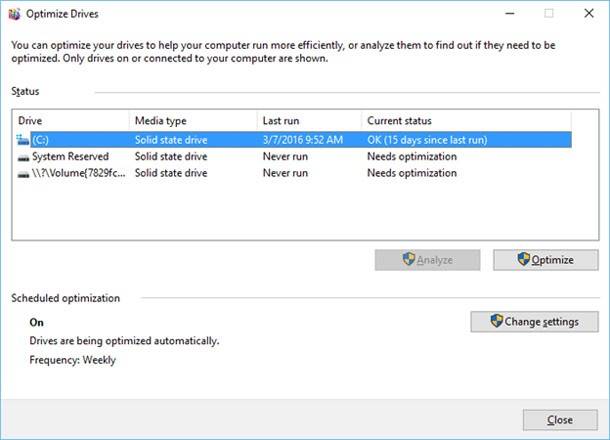 You will learn how to check the disk for bad sectors a bit later in this article, while now we will discuss logical errors. To check them, the program scandisk built into Windows will be enough.

There are several ways to run such check.

Checking The Disk For Bad Blocks

When should you check the HDD for bad blocks? Usually people pay attention to this aspect when facing such problems as long copying of data from or to HDD, crackling or grating sounds (especially when they appear for the first time), freezing of the PC when it addresses the HDD, disappearance of files etc. All the abovesaid symptoms may either mean nothing or suggest that the HDD is nearing the end of its lifespan.

This is why the hard disk is checked for errors. Such check involves third-party programs because Windows operating systems do not provide such function.

We cannot avoid the topic of bad blocks. To tell the truth, slow-down in hard disk performance can also be related to a large number of such blocks.

What is a bad block? It is bad because it cannot be read. Such blocks appear for a number of reasons, including HDD vibration or hits. Sometimes even new hard disks contain bad blocks that emerge during fabrication. In fact, they exist in many disks and if their number is not too high, the file system can handle this problem by isolating them, so nothing is written in them. Over time, the number of bad blocks tends to grow, but most often the HDD is out of order for other reasons by the time when bad blocks could inflict any serious damage on it.

Sometimes various errors make Windows switch the HDD from DMA, the modern operating mode, to PIO, the outdated mode (this is quite a considerable reason for a hard disk to go slow, though it mostly happens to relatively old computers only).

How do you know what mode, PIO or DMA, does your disk use? 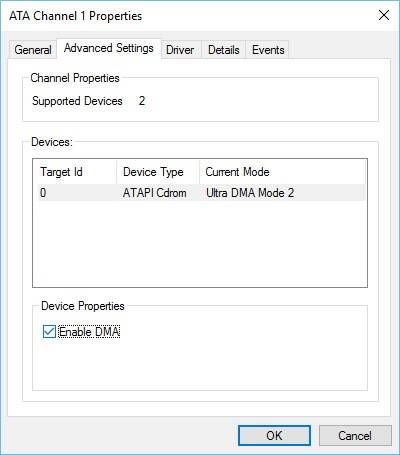 HDD Temperature – How To Bring It Down

The optimal temperature for the HDD is believed to be 30-45 degrees Centigrade. When it exceeds 45 degrees it is time to take some action to cool the device down (from my own experience, I can say that even 50-55 degrees is not critical for many disks and they keep on working just as they did at 45 degrees, though their life span may be reduced).

How To Learn The HDD Temperature?

The easiest way is to install a utility that displays a number of parameters and characteristics of your PC. 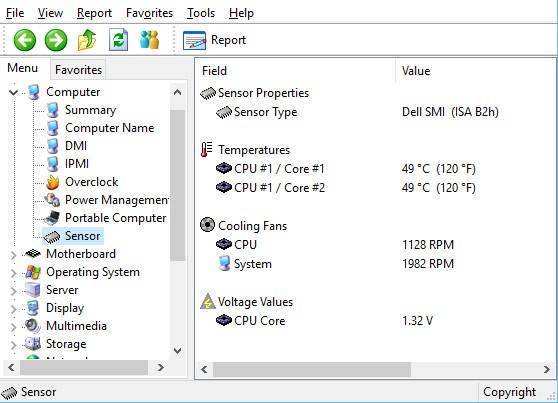 In fact, you can see the disk temperature in BIOS, though it is not comfortable because it requires restarting your computer every time; in addition, average users who do not know BIOS settings are not recommended to use this method.

How To Bring The Temperature Down?

Clean Your PC From Dust

If you haven’t cleaned your PC case from dust for a long time it may have much influence on the temperature of all of its components, not only your HDD. It is recommended to clean your computer from the dust regularly (once or twice a year).

If dust cleaning did not help to solve the temperature issue you can buy and install an additional cooling fan to blow more air around the HDD. This method will help to bring down the temperature considerably.

If you have two HDDs installed (they are usually sixed pretty close to each other) you can try placing them at a bigger distance. Or you can take away one of them and use the remaining HDD. If you relocate one of the disks so they are no longer installed side by side, it will certainly bring the temperature 5 or 10 degrees down…

For laptops, special cooling pads are on sale. A good pad can reduce the temperature by 5 to 7 degrees.

It should be noted that the surface where you use your laptop should be level, solid and dry. Some people like placing their laptops on a bed or sofa – but this is how they close the ventilation holes and the device can become overheated!

What Should You Do When Your HDD Crackles, Rattles And So On?

In fact, a hard disk can emit a wide range of sounds when working, including grating, rattling , crackling… if this is a new hard disk and it sounds that way from the very start, most likely these noises are “supposed to be” its natural accompaniment.

The fact is that a hard disk is a mechanical device and its work can produce various sounds while its magnetic heads move from one sector to another; they are the actual source of these typical noises. However, the volume of sounds emitted by various disk models may differ.

Yet it is a completely different case, when an “old” disk begins making noise – but it was always silent before. It is a bad sign, so hurry up to copy all important data and only then go on to testing procedures.

If the disk no longer allows copying data from it due to a large number of bad sectors, you can use a special function of our software, Hetman Partition Recovery. It can help you to capture an image of the entire disk and then recover your data from there. It will reduce the number of attempts to address the damaged disk and thus will extend its life cycle a little, also reducing the loss of data (which is inevitable in this case).