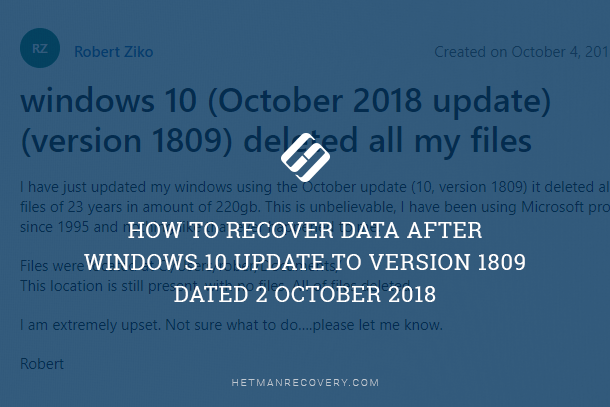 On 2 October 2018, Microsoft announced a new October build, Windows 10 October 2018 Update (version 1809). This update has become automatically available for millions of users who were looking forward to it. Read how to recover data after upgrading Windows 10 to version 1809. What problems you may encounter and how to fix them.

END_OF_DOCUMENT_TOKEN_TO_BE_REPLACED

Why There Are No Deleted Files in the Recycle Bin 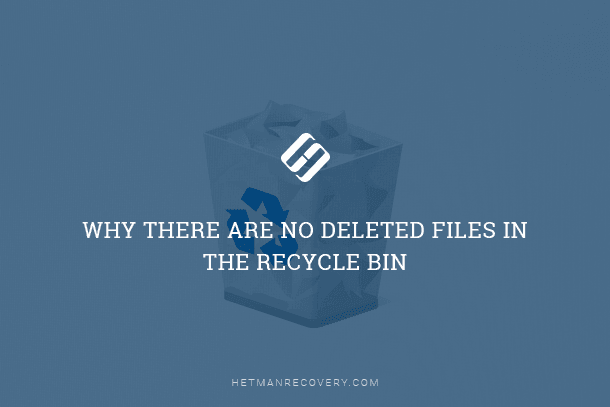 Read this article to find out why deleted files are sometimes missing from the Recycle Bin. How to configure the size of Recycle Bin in Windows, how to fix the damaged Recycle Bin, and how to restore permanently deleted files. Information is very important in this rapidly developing world. Widespread use of all kinds of computer devices has brought all information into the digital form. Personal computers and laptops, netbooks and tablet PCs, smartphones and other devices have access to information, process and store it, and identify it with specific users.

END_OF_DOCUMENT_TOKEN_TO_BE_REPLACED

How To Fix Broken File Type Associations in Windows 10 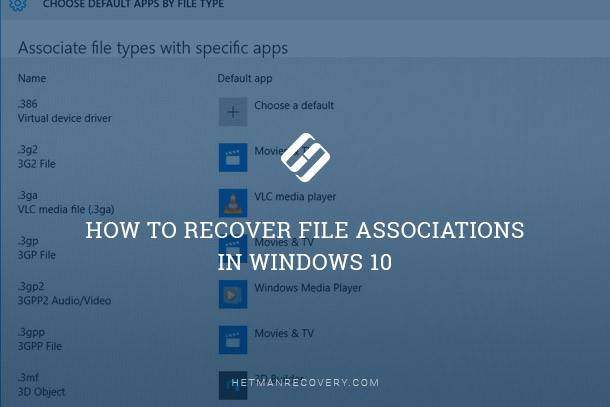 Restoring file associations for shortcuts, folders and user files, setting up default apps and resetting associations. File associations suggest comparing the file type to the program which will execute this file. Due to failures or Windows errors, such associations may be disrupted.

END_OF_DOCUMENT_TOKEN_TO_BE_REPLACED

How to Reset the Computer (Windows 10) While Saving Personal Files 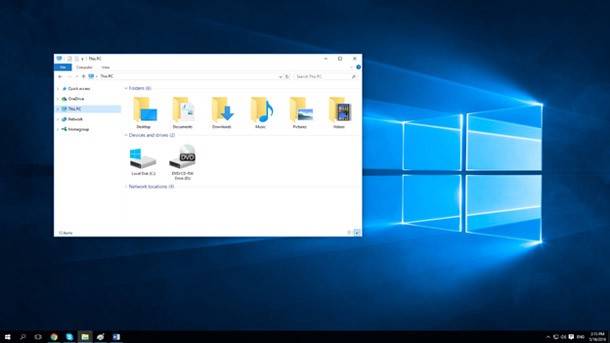 Read about resetting Windows 10 / 8 – that is, returning to its original condition or factory settings. Latest Windows versions feature opportunities to reset the computer without a complete reinstallation of the system. Such functions make users’ life much easier if they need to restore factory settings without the chance of damaging their data. There are several ways to do it, but each one has its own peculiar aspects to be considered.

END_OF_DOCUMENT_TOKEN_TO_BE_REPLACED

Shortcuts Disappear from Desktop in Windows 10 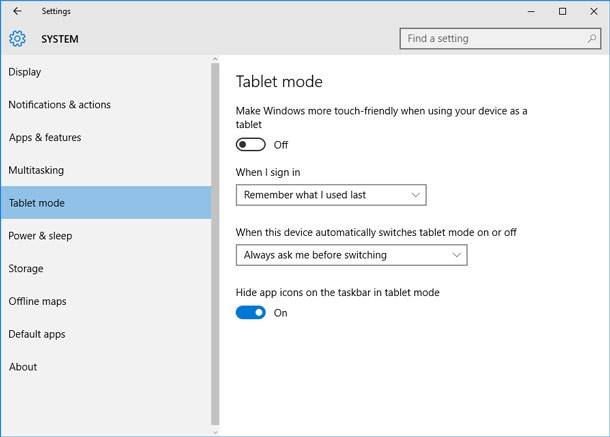 Read about restoring shortcuts that disappeared from the desktop, why it could happen and how to fix the problem. There is a new Windows out there, but it suffers from old problems. Judging from user comments, more than half of the people who updated their systems to Windows 10 do not like it. The number of opponents grew considerably after the operating system began deleting software without asking.